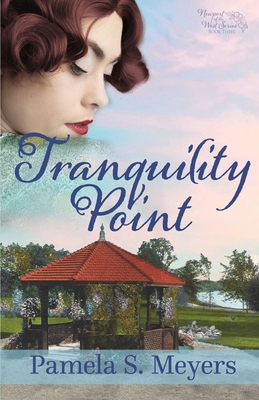 Hannah Murphy is determined to make the summer of 1916, the best it can be before she heads off to law school in the fall. Like her mother and grandmother before her, she is inclined to "break the mold" when it comes to societal expectations of a young woman of means. Her mother was the first woman in town to wear bloomers, and Hannah becomes the first to ditch swim dresses in favor of a practical swimsuit that allows freedom to move through the water.

At the first gathering of the summer, she reacquaints with tall, handsome Ted Bauer, also an aspiring attorney. Ted, who is of German descent, had a huge crush on Hannah when he was in eighth grade, and she was in sixth. He's no longer the gangly boy she remembers and is quite appealing. With Geneva Lake as their backdrop, their summer romance escalates, until the dark cloud of the Great War can no longer be ignored. Although the U.S. has not yet joined the fray, people of German descent are seen with mistrust, and Ted enlists with the British Army to take the heat of discrimination off his family. With the future on hold, Hannah bids her fianc farewell as he goes to war. Only God knows if she will ever see him again or if they will ever be able to recapture what they had those few short summer months.