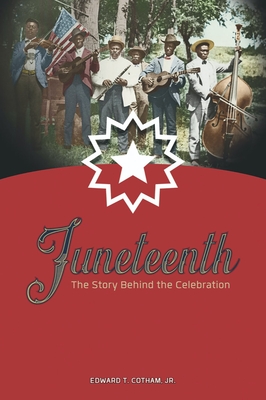 Juneteenth has been touted as a national day celebrating the end of slavery. Observances from coast to coast have turned this event into part of the national conversation about race, slavery, and how Americans understand, acknowledge, and explain what has been called the national “original sin.”
But, why Juneteenth? Where did this celebration—which promises to become a national holiday—come from? What is the origin story? What are the facts, and myths, around this important day in the nation’s history?
This is the first scholarly book to delve into the history behind Juneteenth. Using decades of research in archives around the nation, this book helps separate myth from reality and tells the story behind the celebration in a way that provides new understanding and appreciation for the event.
As the United States continues to have a national conversation about race relations and the meaning of full equality, Juneteenth promises to become an important expression of equality—an Independence Day celebration in its own right, a couple of weeks in advance of the traditional July 4th Holiday. This book will be a welcome addition to classrooms, book clubs and general readers interested in this once obscure regional event now destined for the national spotlight.

EDWARD T. COTHAM, JR. has been called “Mr. Civil War Galveston” by many of his readers but might be known just as well as Mr. Civil War Texas. He has already chronicled the battles of Galveston and Sabine Pass, but has now turned his keen intellect and deft pen toward an event that may have an even greater impact on the national imagination: Juneteenth. The longtime president of The Terry Foundation, he is a well-known advocate for Civil War historic preservation. His work on shipwrecks off the coast of Texas has earned him accolades as has his efforts on behalf of Galveston history. A graduate of The University of Texas Law School, The University of Chicago, and The University of Houston.