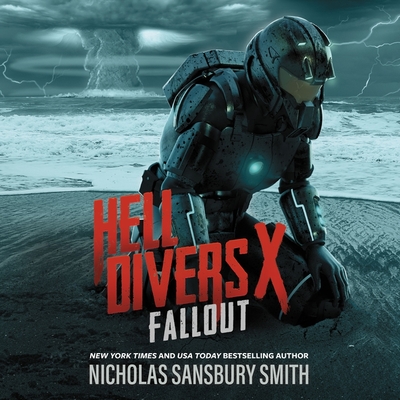 This is book number 10 in the Hell Divers series.

In a shocking betrayal, Captain Rolo has vaporized the supercarrier Immortal with a nuclear warhead, all but wiping out the Vanguard army. Little does he know that King Xavier and the surviving Hell Diver and Cazador teams from Brisbane were not aboard.

In Panama, Outpost Gateway has suffered a very different disaster: attack by carnivorous vines. Director Rodger Mintel sent out a desperate SOS as the voracious coils ripped into the bunker.

At the Vanguard Islands, Charmer has framed Michael Everhart for two murders. Michael's wife, Layla, is frantic to prove his innocence as evidence against him mounts.

Back in Queensland, knights of the Coral Castle dragged captive Hell Diver Kade Long to their leader, known as the Forerunner, before locking him in a cell in the Coral Castle.

The truth of what happened at Brisbane is spreading, and so is radiation from the nuclear blast. The fallout threatens everything in its path, putting the Coral Castle and X's remaining forces in dire peril.