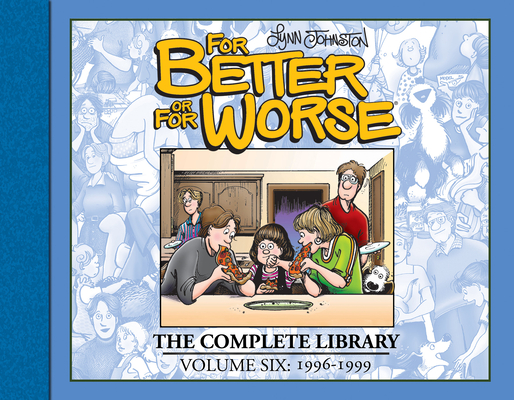 This is book number 6 in the For Better or For Worse series.

Romance is in the air as Michael starts dating a girl he hasn’t seen since childhood. Something tells him that she is “the one,” but only if he can first make it through the stress of attending university! The trials of school affect his younger siblings, as Elizabeth struggles to find her identity in the halls of high school and April begins kindergarten!

Meanwhile, Elly has to deal with the loss of a loved one, and John comes to peace with hitting the big 5-0. And if that isn’t enough, Gordon and Tracey have a baby, Weed and Mike go on a world tour, and Lawrence meets his father for the first time!

Lynn Johnston closes out the ’90s with pathos, affection, and of course, laughter! Includes every comic strip from September 1, 1996 through the end of 1999.