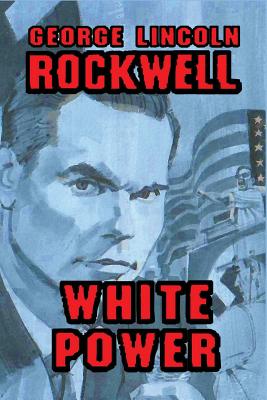 The last and most powerful book written by the founder of the American Nazi Party, George Lincoln Rockwell. Taking the philosophical concepts outlined in his earlier book, "This Time the World," Rockwell distilled his political message into a hard-hitting, easy-to-read volume which is guaranteed to leave the reader shaken, despite having first been published in 1966.

In 1958, alone and without funds, he hung up the Swastika and founded the first openly National Socialist organization anywhere in the world after the end of the Second World War. Using dramatic street tactics, uniforms and planned publicity stunts, Rockwell soon attracted worldwide attention and a small band of followers across America.

Rockwell's highpoint came with a 3,000-strong rally at Marquette Park in Chicago in August 1966. Just as Rockwell seemed to pose a credible political threat, he was assassinated in August 1967, just a few months after this book was first published.