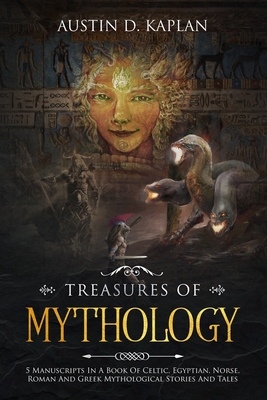 This book consists of:

Treasures Of Celtic Mythology The Collection Of Folk Tales And Stories Of Enchantment, Gods And Heroes Throughout The Celtic History

Treasures Of Norse Mythology An Interesting Guide To Viking Mythology, Gods And Heroes With Folk Tales Of Endless Conquests (Relive The North As It Was A Thousand Years Ago)

Treasures Of Roman Mythology The Tales Of Roman Deities, Heroes And Mythological Creatures That Helped Shape One Of The Most Fascinating Civilizations In The History Of Mankind

Treasures Of Greek Mythology Step Inside The Fascinating World Of Greek Deities, Heroes, Monsters And Other Mythical Creatures

In this book, you will encounter:

You will find yourself in awe of the sweeping scope of history and culture represented by these mythological traditions, as well as gain a better understanding of how we continually make and re-make these myths for our own times.