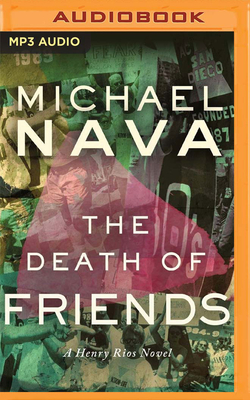 This is book number 6 in the Henry Rios Mysteries series.

Winner of six Lambda Literary awards, the Henry Rios mystery series is iconic and Michael Nava has been hailed by the New York Times as "one of our best" writers. Originally published during the darkest years of the AIDS epidemic in the gay community, The Death of Friends received extraordinary praise both as a mystery and an eloquent work of witness. Publishers Weekly said, "This is a brave, ambitious and highly impressive work." The San Francisco Chronicle described it as "A beautifully executed novel, with a classic whodunit at its core." And People magazine said, "Nava can devise as canny a plot as he can a defense motion. His latest, though, has something special - the scent of memory that lingers as poignantly as a departed lover's cologne."