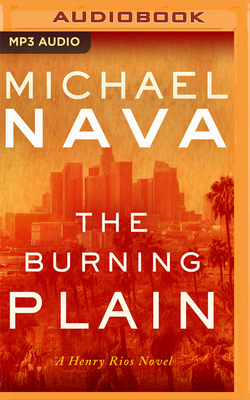 This is book number 7 in the Henry Rios Mysteries series.

Gay Mexican American lawyer Henry Rios has fought bigotry and prejudice, battled alcoholism, and watched his lover die from AIDS. In The Burning Plain, he's wrongly accused of murder after a male prostitute he spent an evening with is savagely murdered. Rios proves his innocence, but when two more gay men are brutally murdered, he is drawn unwillingly into the hunt for a serial killer and soon finds himself up against an unsympathetic DA, a gay-bashing cop, reluctant witnesses, and a conspiracy among Hollywood's power elite.