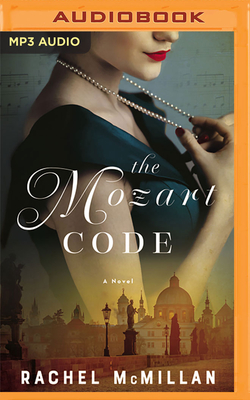 Lady Sophia Huntington Villiers is no stranger to intrigue, as her work with Alan Turing's Bombe Machines at Bletchley Park during the war attests. Her wartime marriage of convenience to Simon Barre, the eighth earl of Camden, granted her the independence she craved and saved his estate. Now, as part of his covert team in postwar Vienna, she uses her charm to uncover a lethal double agent immersed in the world of relics--including the long lost death mask of Mozart.

Simon is determined to gather any information he can to end the Cold War before it becomes as devastating as the war Britain has just won. He has been secretly in love with Sophie Villiers for years, and their work together in Vienna leads him to hope for genuine romance in their marriage. Until a mission in Prague drives Sophie to a decision that will brand her not only a traitor to her country but also to her husband.

With Sophie's allegiance in question, Simon is torn between his duty to the crown and saving the woman who might have betrayed his cause and his heart.