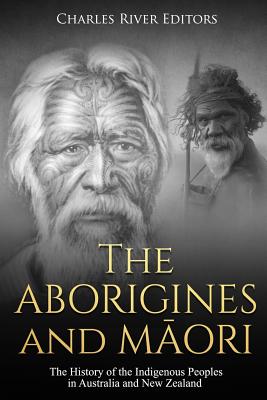 *Includes pictures
*Includes contemporary accounts
A land of almost 3 million square miles has lain since time immemorial on the southern flank of the planet, so isolated that it remained almost entirely outside of European knowledge until 1770. From there, however, the subjugation of Australia would take place rapidly. Within 20 years of the first British settlements being established, the British presence in Terra Australis was secure, and no other major power was likely to mount a challenge. In 1815, Napoleon would be defeated at Waterloo, and soon afterwards would be standing on the barren cliffs of Saint Helena, staring across the limitless Atlantic. The French, without a fleet, were out of the picture, the Germans were yet to establish a unified state, let alone an overseas empire of any significance, and the Dutch were no longer counted among the top tier of European powers.
In 1769, Captain James Cook's historic expedition in the region would lead to an English claim on Australia, but before he reached Australia, he sailed near New Zealand and spent weeks mapping part of New Zealand's coast. Thus, he was also one of the first to observe and take note of the indigenous peoples of the two islands. His instructions from the Admiralty were to endeavor at all costs to cultivate friendly relations with tribes and peoples he might encounter, and to regard any native people as the natural and legal possessors of any land they were found to occupy. Cook, of course, was not engaged on an expedition of colonization, so when he encountered for the first time a war party of Maori, he certainly had no intention of challenging their overlordship of Aotearoa, although he certainly was interested in discovering more about them.
Taking into account similarities of appearance, customs and languages spread across a vast region of scattered islands, it was obvious that the Polynesian race emerged from a single origin, and that origin Cook speculated was somewhere in the Malay Peninsula or the "East Indies." In this regard, he was not too far from the truth. The origins of the Polynesian race have been fiercely debated since then, and it was only relatively recently, through genetic and linguistic research, that it can now be stated with certainty that the Polynesian race originated on the Chinese mainland and the islands of Taiwan, the Philippines, Malaysia and Indonesia. Oceania was, indeed, the last major region of the Earth to be penetrated and settled by people, and Polynesia was the last region of Oceania to be inhabited. The vehicle of this expansion was the outrigger canoe, and aided by tides and wind patterns, a migration along the Malay Archipelago, and across the wide expanses of the South Pacific, began sometime between 3000 and 1000 BCE, reaching the western Polynesian Islands in about 900 BCE.
That said, the 19th century certainly wasn't exciting for the people who already lived in Australia. The history of the indigenous inhabitants of Australia, known in contemporary anthropology as the "Aboriginal and Torres Strait Islander people of Australia," is a complex and continually evolving field of study, and it has been colored by politics. For generations after the arrival of whites in Australia, the Aboriginal people were disregarded and marginalized, largely because they offered little in the way of a labor resource, and they occupied land required for European settlement. At the same time, it is a misconception that indigenous Australians meekly accepted the invasion of their country by the British, for they did not. They certainly resisted, but as far as colonial wars during that era went, the frontier conflicts of Australia did not warrant a great deal of attention.
My Account • Sign In • Sign Out • Register
NEW & USED BOOKS
AUTHOR EVENTS • GIFTS
Tempe
6428 South McClintock Drive
480.730.0205
[Google Map]
Sunday-Friday 10am-8pm
Saturday 9am-8pm
Trade Counter 11am-6pm daily