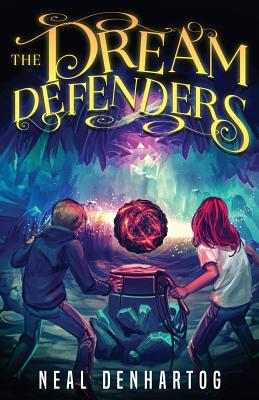 When fourteen-year-old Nolan Erling wakes up with a headache for the fourth straight day, he suspects the likely culprit to be any number of things--from his annoying baby brother, to vehicular crashes with his elderly neighbor, or even his questionable late-night food choices--not his dreams.

Aeryn Sandman knows the true cause, though. She is a junior agent with the DREAM Institute, a secret organization tasked with protecting the world's population while they sleep, and she's on her first assignment.

Her mission: infiltrate Nolan's life--and his dreams--and keep him safe, all while persuading him to join their protective force.

But recruitment missions are no walk in the park, and Aeryn's goes horribly wrong when Nolan's powers unwittingly unleash two dream creatures locked away in a restricted area of the dream world. While Aeryn and Nolan search for ways to contain the escaped beings, they uncover a much greater conspiracy.

For these dreams can kill, and someone is orchestrating their actions in the dream world. If Aeryn and Nolan can't figure out who is behind it, no dreamer will be safe, and neither will the organization that defends them.

Neal DenHartog was born, raised, and currently resides in Iowa. After a fifteen year career in the sciences he decided to rekindle his childhood passion for writing. Now, when he’s not donning a lab coat, he writes stories about dreams.