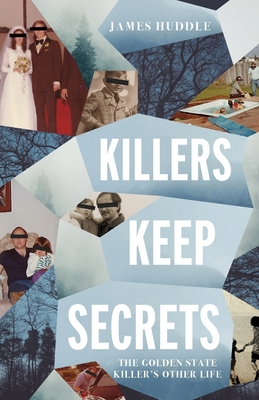 In April 2018, the long-unsolved Golden State Killer case burst wide open with the shocking arrest of 72-year-old Joseph James DeAngelo, a former police officer. But no one was more stunned than the people closest to him: his family.

In this spellbinding firsthand account, Jim Huddle, DeAngelo's brother-in-law, shares the true story of the man charged with brutal, brazen rapes and murders.

From 1974 to 1986, the Golden State Killer (also known as the East Area Rapist, Visalia Ransacker, and Original Night Stalker) terrorized Californians with as many as 50 rapes, 13 murders, and countless other crimes from stalking to burglary. The perpetrator slipped through law enforcement's fingers again and again, leaving cases cold, victims without justice, and the public in fear.

All the while, the Golden State Killer was hiding in plain sight. DeAngelo wove a web of deception, hiding his secret life for decades and fooling even those closest to him into thinking he was a normal person. But in this reflective tale, Jim shares the strange behavior that stands out, giving clues to DeAngelo's dark secrets.

To Jim, DeAngelo was his sister's husband, a man he trusted with his children, a man he thought he knew for 48 years. Walk through Jim's memories of DeAngelo, from their shared hobbies to red flags in DeAngelo's behavior that stand out sharply in hindsight. Jim also dispels myths about serial killers, and shares the similarities between DeAngelo and other infamous serial murderers. Find out what it was like to be charmed by a serial killer who escaped justice for over thirty years.