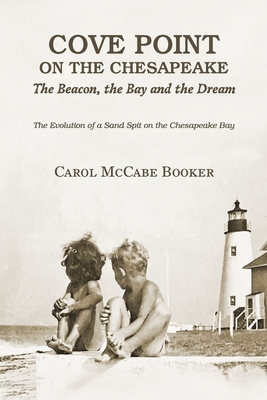 In Cove Point on the Chesapeake: The Beacon, the Bay, and the Dream, Carol Booker tells the story of how nature and human desire define a singular place along storied waters.

Booker writes of heroes, scoundrels and the families who populated a tiny waterfront community, once known mainly for shipwrecks and treacherous riptides, that became a World War II training ground, the locale for hunting buried treasure, and later a cog in the global energy trade with a natural gas plant.

In its pages are tales of exploration and heroism, sports and tragedies including a riptide referred to as the devil's grasp by a man who survived.

Cove Point on the Chesapeake tells of the resolve of a displaced Russian princess to rebuild her culture along the the nation's largest estuary. With solid reporting and interviews, Booker writes of the cunning of the developer who mapped the marshy shores and lured Washingtonians to a little-known stretch of shoreline for extraordinary fishing and easy living.

A resilient lighthouse illuminates this rare spot on earth and a century of its inhabitants, much as does the fetching prose of veteran journalist Booker.