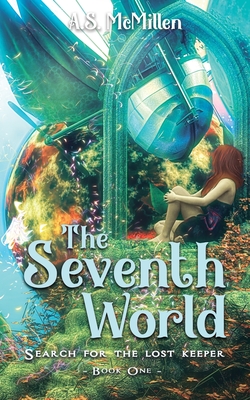 When Evie is finally adopted, she has more than a new family to look forward to-like the magical secrets her parents left behind.

Evie has always had vivid dreams. Sometimes good, most times bad, but that's not everything-she can't shake the feeling that she's reliving someone else's memories in her dreams. But who? And why her?

Years ago, her parents were killed in a car crash, and ever since, she's had to find her own ways to survive the horrible guardians of her foster homes. It seems like there's no looking up for her, until David and Ruby arrive, ready to adopt her.

It's clear from the beginning that David and Ruby are the adoptive parents she's always wanted: caring, loving, and even with kids of their own. But she knows there's something they're not telling her. One night, she overhears David and Ruby talking about finding her at last, keeping her safe for The Order, and going to Ireland to find out the truth. But what truth are they after? And why do her dreams keep getting worse?

Travel along with Evie to a distant galaxy and the rest of her new purpose-filled life in The Seventh World. This young adult fantasy novel is about an adopted female hero who stops at nothing to carry on her dead parents' legacy and discover her role as the galaxy's lost keeper.