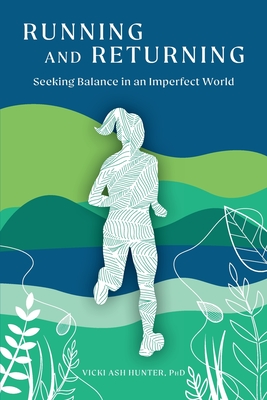 For Vicki Ash Hunter, Ph.D., running was an escape. Compelled to move her body, flee her perceived inadequacies, and shed her sadness, Hunter found solace - and success - in competitive and endurance-distance running. She established herself as a national-class athlete, qualified for the marathon Olympic Trials in 1988, and became a trusted coach to others. Even after a life-threatening accident, motherhood, and, later, a shockingly life-altering injury, nothing could keep her from the roads and trails around her Boulder, Colorado, home.

But what was she running from?

In this, her introspective and insightful memoir, Hunter explores how generational trauma, including her mother's reliance on food and drugs; her daughter's drug use; and her own overzealousness with exercise impacted her family and how, in her early 60s, she is finding her way toward balance, strength, and confidence. She reflects on how she, her mother, and her daughter experience ratzo v'shov, (as it's known in Judaism), the spiritual act of running in its many forms and returning to appreciation grounded in self-love.