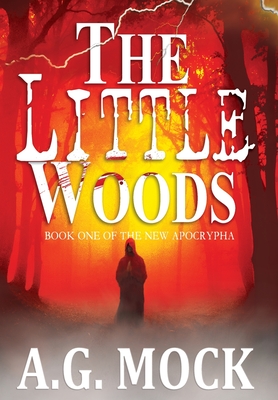 Something feels very wrong about the Little Woods-something chilling and unnatural-and Ian Cockerton is about to remember why in this haunting new novel of supernatural horror and suspense on the Bram Stoker Awards(R) Recommended Reading List.

Western Pennsylvania, 1977. It was meant to be a harmless game. But when their summertime rite of passage goes terribly wrong, not all the boys will make it back from the Little Woods. Something ancient and inhuman has been awakened, and it wields a fate more horrifying than death.

Western Pennsylvania, 1995. Plagued by a mix of nerve-shredding flashbacks and uncertain premonitions, Ian Cockerton has vowed he'll never return to his childhood home. When his fragmented visions predict more horrifying deaths by the demonic entity from the Little Woods, Ian no longer has a choice. Together with his brother and a charismatic psychic from New Orleans, he's about to engage in the greatest battle of his life.

But is it too late to stop the deadly prophecy?

Come play in the woods today to find out