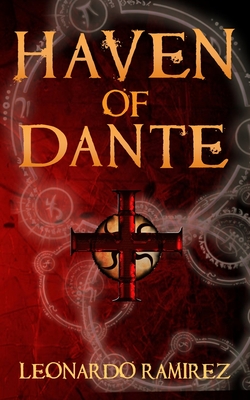 In the year 1308, a poet named Dante Alighieri passed through the nine circles of hell as part of a quest to ease his soul from the loss of his beloved Beatrice. Incensed by the gall of this human to leave their realm unscathed, the nine circles banded together. Known as the "Aristocracy", the nine circles have formed a secret cabal that has infiltrated every level of society.

And now, a war is coming- a battle between the darkness and the light and a wrestle of faith in a God that that an anguished young woman does not believes exists.

Haven Irena Dante, struggles in a dysfunctional family. The strife between an absent, workaholic father and a loving mother is heightened by a generational family secret. Unbeknownst to her, Haven is the heir to a centuries-old legacy to fight the evils unleashed by the Aristocracy.

For this war to be won, Haven must embrace her heritage and do what she has never done. She must find a seed of faith that will ignite just enough courage to pick up the torch and engage in battle with demons within and without. Because ready or not, the war is coming.

And even her new power may not be enough to fight the dark.