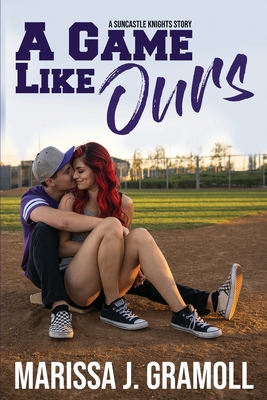 To the outside world, Bobby Anderson is an attractive, charismatic baseball star.

But inside, Bobby holds secrets-including his closeted sexuality-and each secret alone has the power to destroy his carefully-constructed life.

When his best friend Cody dies, Bobby is thrown into the unwitting role of supporter for Cody's grieving fianc e, Lexie. The issue? Bobby has long-harbored feelings for her that he never allowed to surface.

Torn between his growing attraction for Lexie and devotion to his deceased friend, Bobby is forced to re-examine his life and concern about divulging his sexual identity. Another secret spoken by Cody during his final moments eats away at Bobby's conscience, driving the wedge of Cody's death deeper.

Once these secrets come to light, will Lexie ever be able to forgive them? Can she accept Bobby for who he is? Will she ever want anything to do with him again?

A Game Like Ours is a New Adult, Queer, College Literary Fiction with strong romantic themes about coming to terms with loss and identity.