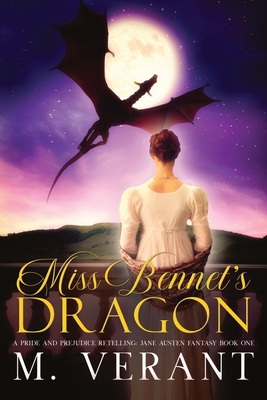 An unforgettable fantasy retelling of Jane Austen's Pride and Prejudice that is romantic, funny, and more relevant than ever.

Elizabeth Bennet is hiding a forbidden power. She can speak to draca, the fire-breathing creatures kept as status symbols by English gentry. If only Mr. Darcy would stop noticing... and hinting at his own dark secret.

When Elizabeth's sister falls deathly ill, the cure lies in the mysteries of draca. Elizabeth, aided by her brilliant sister Mary, defies restrictive English society to hunt for lost draca lore. She must hurry. England's war with France has drawn other hunters, and they have darker goals.

Elizabeth's search leads her to the fabulous Pemberley estate, home of the entitled and infuriating man whose proposal she scorned. There, Elizabeth's worlds smash together-protocol against passion, and exultation against the risk of love.

But the stakes are greater than her sister's life. Elizabeth must test herself against a distant war.

And her enemy is not who she thought.