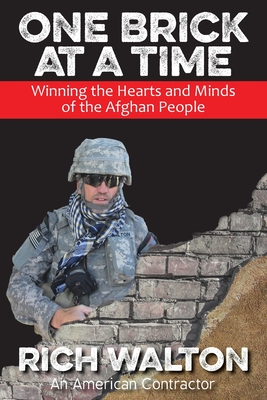 For over 4 1/2 years, Rich Walton was a civilian contractor working on construction jobs in the Afghanistan war zone. His role included actively connecting with US and Afghan military and the heads of various coalition task forces. In addition to working on military bases surrounded by protective walls, he worked outside the bases on schools, women's dorms, medical clinics, and public structures being built in the Afghan villages. The Taliban and other terrorists did not want these structures built, so the dangers were very real and a constant threat.

This book will give you insights on how Rich Walton became an expert drumming up construction jobs and how creative business networking amidst sniper fire and terrorist attacks helped him succeed in business and make it out alive.

Some of his stories and photos will tug at your heart emotionally while others are unbelievably hilarious. Through these experiences, you will see how Rich Walton came to be known as The Face of America the Afghans will Remember. Includes resources, study guide questions, and military terminology lists.