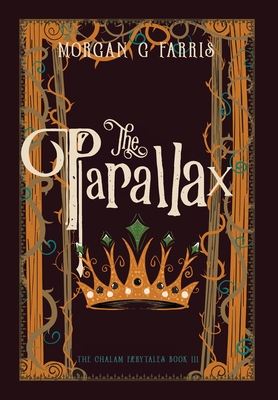 "The monster, Ferryl, is that voice that tells you that you have no choice but to listen. The true monster is the voice that whispers the lies only you can hear and only you believe."

Who needs enemies when your family's secrets have just as much power to destroy your life?

When new threats against the lost princess of Haravelle emerge, King Ferryl will go to any lengths to keep the love of his life safe. Or he would, if his hands weren't tied as his men search in vain for the clandestine army of Midvar. Yet the secrets his enemy carries may be nothing compared to what Ferryl is about to uncover in his own family...and finding out what his parents kept carefully hidden for so long might just destroy his entire life before Midvar has a chance.

Meanwhile, in his quiet manor on the grassy hills of Midvar, all Titus Melamed really wants is peace. But he soon learns just how far King Derrick's claws stretch...and how tangled is the web he has woven for Titus and the world. When tragedy turns into a quest for revenge, Titus is forced to confront his greatest enemy: his own soul.

Loyalties will be tested. Secrets will come to light. And true love will be ripped apart at the seams.

The Parallax is a harrowing, poetic fantasy that picks up right where The Purloined Prophecy left off. A symphony of labyrinthine mysteries, magical new discoveries, and heart-wrenching romance, this gripping third installment of The Chalam F rytales promises reeling adventure from the very first page.