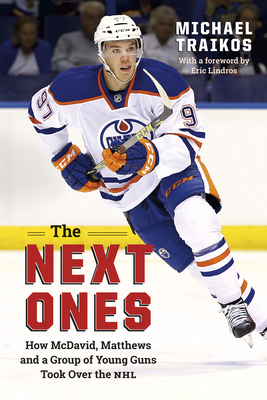 The NHL is a young man's league. How young? Connor McDavid was twenty years old when he won the scoring title and MVP in 2017. Auston Matthews was still a nineteen-year-old rookie when he tied for second in the Rocket Richard Trophy race with forty goals. By the end of the NHL's hundredth season, eight of the top thirty scorers--including four of the top ten--were twenty-three years old or younger.

Who are these fresh players? How did they get their starts? What did their journeys look like? This new generation of hockey superstars grew up differently than their predecessors and they weren't all skating on frozen ponds like Bobby Orr. Connor McDavid strapped on rollerblades and deked around paint cans in his parents' two-car garage. Auston Matthews learned to play hockey on a tiny three-on-three rink in the desert. Patrik Laine shot pucks at pop cans, William Nylander's dad's NHL buddies dropped him off at hockey camp, and Johnny Gaudreau chased Skittles candies around the ice while still in diapers. Each story is different. While Aaron Ekblad was always the biggest and strongest kid even while playing two years above his age group, a late bloomer like Mark Scheifele was continuously knocked around as he fought through obstacle after obstacle on his longer and more arduous path to the NHL. What the players share is passion and perseverance--almost to the point of obsession.

Hockey expert Michael Traikos travelled around the world from Helsinki to Thunder Bay interviewing rising NHL stars, their families, and more than two hundred teammates, coaches, scouts and friends. The result is a first-hand look at how each young star became the player he is today--and what they might become in the future.