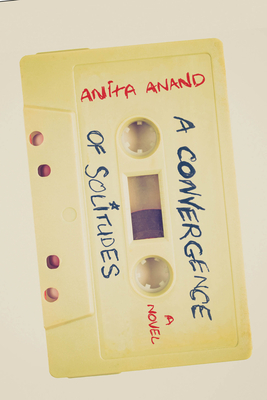 A story of identity, connection and forgiveness, A Convergence of Solitudes shares the lives of two families across Partition of India, Operation Babylift in Vietnam, and two referendums in Quebec. ?

Sunil and Hima, teenage lovers, bravely defy taboos in pre-Partition India to come together as their country divides in two. They move across the world to Montreal and raise a family, but Sunil shows symptoms of schizophrenia, shattering their newfound peace. As a teenager, their daughter Rani becomes obsessed with Quebecois supergroup Sensibilité—and, in particular, the band's charismatic, nationalistic frontman, Serge Giglio—whose music connects Rani to the province's struggle for cultural freedom. A chance encounter leads Rani to babysit Mélanie, Serge's adopted daughter from Vietnam, bringing her fleetingly within his inner circle.

Years later, Rani, now a college guidance counselor, discovers that Mélanie has booked an appointment to discuss her future at the school. Unmoved by her father's staunch patriotism and her British mother's bourgeois ways, Mélanie is struggling with deep uncertainty about her identity and belonging. As the two women's lives become more and more intertwined, Rani's fascination with Mélanie's father's music becomes a strange shadow amidst their friendship.

Anita Anand is an author, translator and language teacher from Montreal. She is the winner of the 2015 QWF Concordia University First Book Prize for Swing in the House and Other Stories, which was also shortlisted for the 2016 Relit Award for Fiction and the Montreal Literary Diversity Prize. Her translation of Nirliit, by Juliana Léveillé-Trudel was nominated for the 2018 John Glassco Prize. She has also translated Fanie Demeule's novel Déterrer les os, known in English as Lightness.