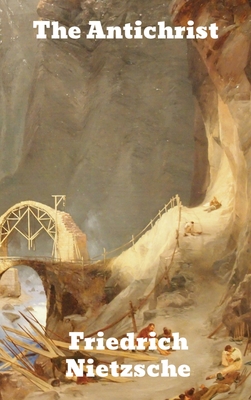 The Antichrist is a German philosophy classic by the philosopher Friedrich Nietzsche, originally published in 1895. Although it was written in 1888, its controversial content made Franz Overbeck and Heinrich K selitz delay its publication, along with Ecce Homo. The German title can be translated into English as both "The Anti-Christ" and "The Anti-Christian".

The book, however, is a polemic against institutionalized Christianity, not against Christ. Nietzsche claimed in the Foreword to have written the book for a very limited readership. In order to understand the book, he asserted that the reader "... must be honest in intellectual matters to the point of hardness to so much as endure my seriousness, my passion." The reader should be above politics and nationalism. Also, the usefulness or harmfulness of truth should not be a concern. Characteristics such as "Strength which prefers questions for which no one today is sufficiently daring; courage for the forbidden" are also needed. He disdained all other readers.

In 1, Nietzsche expressed his dissatisfaction with modernity. He disliked the contemporary "lazy peace," "cowardly compromise," "tolerance" and "resignation." This related to Schopenhauer's claim that knowledge of the inner nature of the world and life results in "... perfect resignation, which is the innermost spirit of Christianity ... ." Nietzsche introduced his concept of will to power in 2. He defined the concepts of good, bad and happiness in relation to the will to power. "What is good? -- All that heightens the feeling of power, the will to power, power itself in man. What is bad? All that proceeds from weakness. What is happiness?-The feeling that power increases-that a resistance is overcome." Nietzsche's words were provocative and shocking in passages such as: "The weak and ill-constituted shall perish: first principle of our philanthropy. And one shall help them to do so. What is more harmful than any vice? -- Active sympathy for the ill-constituted and weak -- Christianity ... ." This is an example of Nietzsche's reaction against Schopenhauer, who had based all morality on compassion. Nietzsche, on the contrary, praised "... virtue free of moralic acid."