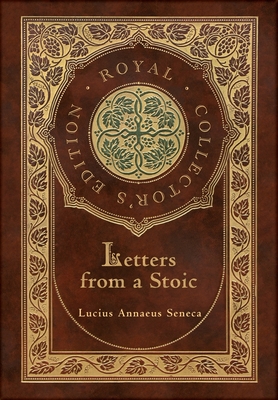 By Lucius Annaeus Seneca
Email or call for price

Letters from a Stoic, include the complete surviving collection of 124 letters that Seneca the Younger wrote at the end of his life. They were written during his retirement, after he had worked for the Emperor Nero for more than ten years. They are addressed to Lucilius, the then procurator of Sicily, who is known only through Seneca's writings. The letters focus on many traditional themes of Stoic philosophy such as the contempt of death, the stout-heartedness of the sage, and virtue as the supreme good.

Regardless of how Seneca and Lucilius actually corresponded, it is clear that Seneca crafted the letters with a broad readership in mind. The letters often begin with an observation on daily life, and then proceed to an issue or principle abstracted from that observation. The result is like a diary, or handbook of philosophical meditations. Seneca's letters are focused on the inner-life, and the joy that comes from wisdom. He emphasizes the Stoic theme that virtue is the only true good and vice the only true evil.