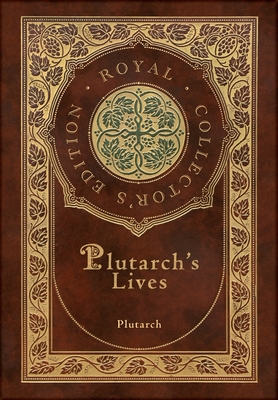 By Plutarch
Email or call for price

Plutarch's Lives of the Noble Greeks and Romans, commonly called Parallel Lives or Plutarch's Lives, is a series of 48 biographies of famous men, arranged in tandem to illuminate their common moral virtues or failings, probably written at the beginning of the second century AD. The work includes 23 pairs of biographies, each pair consisting of one Greek and one Roman of similar destiny, such as Alexander the Great and Julius Caesar, or Demosthenes and Cicero.

Plutarch's Lives is a work of considerable importance, not only as a source of information about the individuals described, but also about the times in which they lived. Plutarch was not concerned with writing histories, but with exploring the influence of character, good or bad, on the lives and destinies of famous men. He wished to prove that the more remote past of Greece could show its men of action and achievement as well as the nearer, and therefore more impressive, past of Rome.