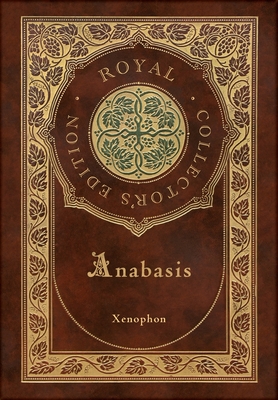 Stranded deep in Persia, after their leader Cyrus and other Greek senior officers were killed or captured, Xenophon, one of three remaining leaders elected by the soldiers, played an instrumental role in encouraging his army of 10,000 to march north across foodless deserts and snow-filled mountain passes, towards the Black Sea and the comparative security of its Greek shoreline cities. Now abandoned in northern Mesopotamia, without supplies, the 10,000 had to fight their way northwards, making ad hoc decisions about their leadership, tactics, provender and destiny, while the King's army and hostile natives barred their way and attacked their flanks.

Anabasis is the most famous book of the Ancient Greek professional soldier and writer Xenophon. Anabasis is rendered in translation as The March of the Ten Thousand. The narration of the journey is Xenophon's best known work, and one of the great adventures in human history. Besides military history, the Anabasis has found use as a tool for the teaching of classical philosophy; the principles of leadership and government exhibited by the army can be seen as exemplifying Socratic philosophy.