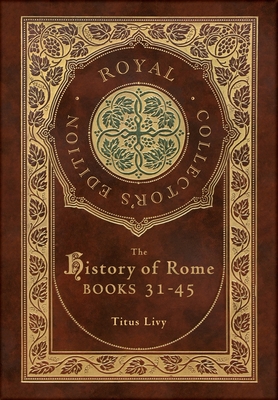 The History of Rome is a monumental history of ancient Rome. Books 31-45 discuss the Macedonian and other eastern wars from 201 to 167 BC. Livy details the Battle of Cynoscephalae, the repeal of Lex Oppia, the victory of Cato in Hispania, the War against Nabis, and the triumphs of Cato and Flamininus. He also describes operations in Greece, the campaign against the Galatians, the Treaty of Apamea, and the trial and exile of Scipio Africanus.

The History of Rome originally comprised 142 "books," thirty-five of which still exist in reasonably complete form today. Because Livy was writing under the reign of Augustus, Livy's history emphasizes the great triumphs of Rome. He wrote his history with embellished accounts of Roman heroism in order to promote the new type of government implemented by Augustus when he became emperor.