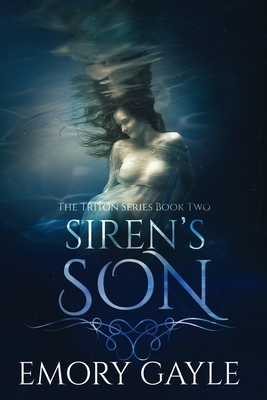 A power as old as the ages. A voice from within. A love a lifetime in the making...

KyLaya and Jett have finally found each other. They have spent years hoping against all odds that one day they would be together - now their dream has come true.

The gods seem to have their own plans for KyLaya and Jett. With secrets abound, the two of them find themselves in the midst of a scheme eons in the making. Frustration and fear mount as KyLaya and Jett's new powers prove to be more than they can handle. The two race to find out what is happening to them, and why the gods are showing so much interest in them.

In the meantime, a great enemy is stirring and with it the balance of power tips from the gods to an ancient evil.

With their worlds crumbling down around them, will KyLaya and Jett be able to conquer their powers and fight against their enemies, or will they succumb to the force growing within them? Friends and foes will be made - but which is which?

Siren's Son is a rollercoaster of action, romance, and magic. Relationships will be tested. Love will give and take more than ever before. Power unlike anything that the world has seen will rise. Don't miss this breathtaking second installment in The Triton Series.