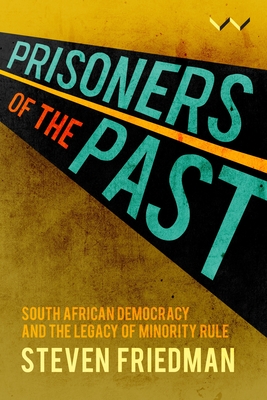 Building on the work of economic historian Douglass North and Ugandan political scholar Mahmood Mamdani, Friedman argues that the difficulties besetting South African democracy are legacies of the past, not products of the post-1994 era

South Africa's democracy is often seen as a story of bright beginnings gone astray, a pattern said to be common to Africa. The negotiated settlement of 1994, it is claimed, ended racial domination and created the foundation for a prosperous democracy - but greedy politicians betrayed the promise of a new society. In Prisoners of the Past Steven Friedman astutely argues that this misreads the nature of contemporary South Africa. Building on the work of the economic historian Douglass North and the political thinker Mahmood Mamdani, Friedman shows that South African democracy's difficulties are legacies of the pre-1994 past. The settlement which ushered in majority rule left intact core features of the apartheid economy and society. The economy continues to exclude millions from its benefits, while racial hierarchies have proved stubborn: apartheid is discredited, but the values of the pre-1948 colonial era, the period of British colonization, still dominate. Thus South Africa's democracy supports free elections, civil liberties and the rule of law, but also continues past patterns of exclusion and domination. Friedman reasons that this 'path dependence' is not, as is often claimed, the result of constitutional compromises in 1994 that left domination untouched. This bargain was flawed because it brought not too much compromise, but too little. Compromises extended political citizenship to all but there were no similar bargains on economic and cultural change. Using the work of the radical sociologist Harold Wolpe, Friedman shows that only negotiations on a new economy and society can free South Africans from the prison of the past.

Steven Friedman is Research Professor attached to the Department of Politics in the Humanities Faculty, University of Johannesburg. He is a political scientist who specialises in the study of democracy; a public commentator; newspaper columnist and a former trade unionist.