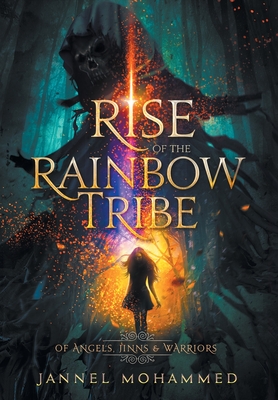 By Jannel Mohammed
$29.98
Not Available In-Store - Usually Ships from Warehouse in 1-5 Days

Rise of the Rainbow Tribe(TM) - Of Angels, Jinns & Warriors

In an affluent neighbourhood in West Toronto, a precocious and privileged teenage girl, Shakti Clairemont, is not your average teenager. She's painfully awkward, introverted and blessed with clairvoyance.

Ordained by the spirit world, Shakti sets out on a quest to combat the enormous and polarizing issue of climate change. Armed with her best friends, Hikaru and Zoe, she embarks on a series of events and milestone moments to uncover sublimely inconvenient truths about the world. But first, she must find her place amongst the prophetic Rainbow Tribe.

When a catastrophic event hits close to home, Shakti will risk everything to accomplish her impossible task. While mysterious dark creatures haunt her every move, the pressure to succeed mounts.

Earth hangs by a thread. Shakti's world is about to expand through heaven and hell on an elusive scale of destiny. Good Luck, Shakti. You're going to need it.

Rise of the Rainbow Tribe(TM)