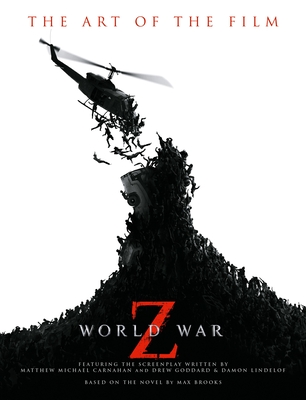 World War Z is the eagerly awaited film starring Brad Pitt. The story revolves around United Nations employee Gerry Lane (Pitt), who traverses the world in a race against time to stop a pandemic that is toppling armies and governments and threatening to annihilate humanity itself.

World War Z: The Art of the Film is the official illustrated companion to the movie, and features a wealth of stunning production art, design sketches and storyboards, alongside the full shooting script.

“Chock-full of stunning concept art.” – We Minored in Film


“Recommended for World War Z, zombie and movie fans.” “For a movie fan, this is a
great way to take a behind the scenes look.” – Hearts on Fire Review

“Yet another of the beautiful coffee-table art books Titan seems to be doing a lot of
lately.” – Comic Book Resources