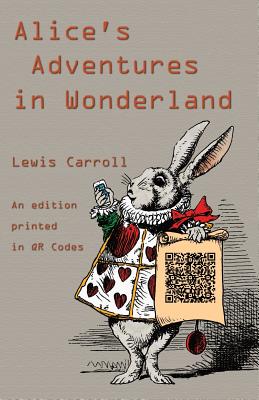 The term "QR Code" is an abbreviation for "Quick Response Code", and is the regis­tered trademark of Denso Wave Inc. for one of the many varieties of two-dimensional bar­codes, other­wise known as matrix barcodes. It was designed in 1994 for the Japanese auto­motive industry. Its purpose was to track vehicles during manu­facturing; it was designed to allow high-speed component scanning. QR Codes can represent a variety of data types, but was devised for encoding numeric, alpha­numeric, byte/binary, and kanji data.

QR Codes are used for product tracking, item identification, time tracking, document man­agement, and general marketing. A QR Code consists of black squares arranged in a square grid on a white background, which can be read by an imaging device such as a camera, and processed using Reed-Solomon error correction until the image can be appropriately inter­preted. Under good lighting with a clear image, interpretation can happen very quickly indeed. The encoded data is extracted from patterns found in both horizontal and vertical components of the image.

QR Codes are used around the world to enable people to get to websites quickly. They can also be used for advertisements. In this book the text of Alice's Adventures in Wonder­land has been represented in QR Codes. This is not the first time QR Codes have been used for Alice. A project called Books2Barcodes origi­nated by Mike Lacher published online a number of books encoded with QR Codes. That project presented Alice divided into 186 QR Codes. Each of these encoded about 780 characters, except for the last one which contained 301. In the Books2Barcodes edition, which was released in 2011, the resolved text shows line­breaks within paragraphs, and writes itali­cized words in ALL CAPITALS.

The present book divides Alice somewhat differ­ently. Here, section breaks occur exclusively at paragraph endings, and the placement of John Tenniel's illustrations has also been taken into account. The 141,748 characters (including spaces) which occur in the book have been divided into 113 QR Codes which have an average character count of 1290; the longest QR Code contains 1683 characters (p. 30), and the shortest contains 629 characters (p. 38).

In this edition, runs of italic text are pre­ceded and followed by an underscore _thus_. Each paragraph is separated from the next by a full linespace, and tabs are used to indent lines of poetry where warranted.

In keeping with the electronically-parseable format of the text in this book, the OCR-A font has been used for un-encoded text, as in the page headers and footers, and the OCR-B font for the chapter titles and this Foreword. The tag on the Hatter's hat has been rendered in QR Code, but as QR Code is square in shape, it could not be used for the "DRINK ME" tag. For this Braille "⠙⠗⠊⠝⠅⠀⠍⠑" has been used, as it is another matrix-based writing system.

At the beginning of each chapter the decora­tive Victorian headers used in other Evertype Alice books have been replaced by "Code 128" bar­codes. There are many good apps for modern smartphones that can parse these codes as well as the QR codes useed for the text of the book itself.