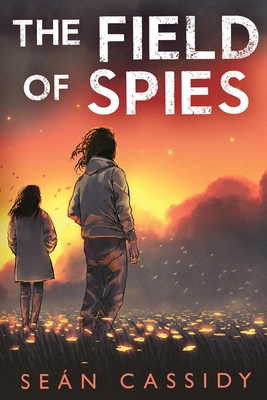 By Sean Cassidy
$10.99
Not Available In-Store - Usually Ships from Warehouse in 1-5 Days

When Mark Formby moves to the Irish countryside after his remote and unkind father is injured in a drugs bust and put on furlough from the Irish Gardai, he believes that his life has taken an even more unpleasant turn. For a boy whose only close relationship is with his mother, to be in the countryside means making a friend will be even harder.

Meanwhile, across the field from the Formby family, Seamus Brenson is wary of his new neighbours; he is hiding a dark secret he wishes to remain undiscovered, particularly from the guards. Has John Formby, Mark's father, been stationed to investigate him?

Seamus tasks his daughter, Alice, to befriend Mark in an attempt to find out more about the Formbys and from that, John's intentions. The teenagers strike up a friendship and Mark is gradually drawn out of his shell, but he knows nothing about his father's work.

Big decisions need to be made but one wrong move could lead to disaster and impending danger.

The mystery unravels at a cracking pace, but who will be the most devastated to learn what lies in The Field of Spies?