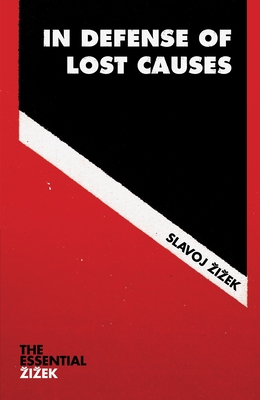 The renowned philosophical sharpshooter looks for the kernel of truth in the totalitarian politics of the past, offering an adrenalin-fueled manifesto for universal values

Is global emancipation a lost cause? Are universal values outdated relics of an earlier age? In fear of the horrors of totalitarianism, should we submit ourselves to a miserable third way of economic liberalism and government-as-administration?

In this combative major work, philosophical sharpshooter Slavoj Žižek takes on the reigning ideology with a plea that we should re-appropriate several “lost causes”—and look for the kernel of truth in the “totalitarian” politics of the past.

Examining Heidegger’s seduction by fascism and Foucault’s flirtation with the Iranian Revolution, he suggests that these were the “right steps in the wrong direction.” He argues that while the revolutionary terror of Robespierre, Mao, and the Bolsheviks ended in historic failure and monstrosity, this is not the whole story. There is, in fact, a redemptive moment that gets lost in the outright liberal-democratic rejection of revolutionary authoritarianism and the valorization of soft, consensual, decentralized politics.

Žižek claims that, particularly in light of the forthcoming ecological crisis, we should reinvent revolutionary terror and the dictatorship of the proletariat in the struggle for universal emancipation. We need to courageously accept the return to this Cause—even if we court the risk of a catastrophic disaster. In the words of Samuel Beckett: “Try again. Fail again. Fail better.”

Slavoj Žižek is a Slovenian philosopher and cultural critic. He is a professor at the European Graduate School, International Director of the Birkbeck Institute for the Humanities, Birkbeck College, University of London, and a senior researcher at the Institute of Sociology, University of Ljubljana, Slovenia. His books include Living in the End Times, First as Tragedy, Then as Farce, In Defense of Lost Causes, four volumes of the Essential Žižek, and many more.

Praise for Slavoj Žižek
“Žižek leaves no social or cultural phenomenon untheorized, and is master of the counterintuitive observation.”
—The New Yorker

“The giant of Ljubljana provides the best intellectual high science since Anti-Oedipus.”
—The Village Voice

“Žižek is a thinker who regards nothing as outside his field: the result is deeply interesting and provocative.”
—Guardian

“The most dangerous philosopher in the West.”
—Adam Kirsch, The New Republic

“Addictively eclectic . . . He contrives to leave the reader, as usual, both exhilarated and disoriented, standing in the middle of a scorched plain strewn with the rubble of smashed idols.”
—Steven Poole, The Guardian

“Žižek is one of the few living writers to combine theoretical rigor with compulsive readability.”
—Publishers Weekly