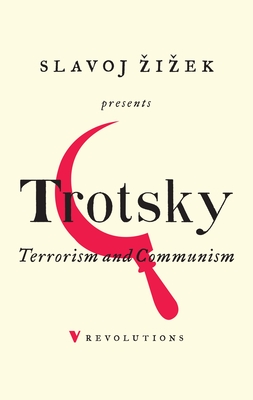 Written in the white heat of revolutionary Russia’s Civil War, Trotsky’s Terrorism and Communism is one of the most potent defenses of revolutionary dictatorship. In his provocative commentary to this new edition the philosopher Slavoj Žižek argues that Trotsky’s attack on the illusions of liberal democracy has a vital relevance today.

Leon Trotsky was a Marxist writer, theorist and leader. He organized the insurrection of the October Revolution in Russia in 1917 and then was the commander of the Red Army in the subsequent civil war. After Lenin’s death, Trotsky led the Left Opposition against Stalin’s bureaucratic counterrevolution, and was exiled in a series of countries before being assassinated in Mexico in 1940.

Slavoj Žižek is a Slovenian philosopher and cultural critic. He is a professor at the European Graduate School, International Director of the Birkbeck Institute for the Humanities, Birkbeck College, University of London, and a senior researcher at the Institute of Sociology, University of Ljubljana, Slovenia. His books include Living in the End Times, First as Tragedy, Then as Farce, In Defense of Lost Causes, four volumes of the Essential Žižek, and many more.