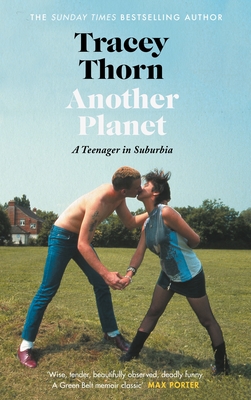 By Tracey Thorn
$24.00
Not Available In-Store - Usually Ships from Warehouse in 1-5 Days


In a 1970's commuter town, Tracey Thorn's teenage life was forged from what failed to happen. Her diaries were packed with entries about not buying things, not going to the disco, the school bus not arriving. Bored and cynical, despairing of her aspirational parents, her only comfort came from house parties, "Meaningful Conversations" and the female pop icons who hinted at a new kind of living.
Returning more than three decades later to the scene of her childhood, Thorn takes us beyond the bus shelters and pub car parks, the utopian cul-de-sacs, the train to the weekly discos, to the parents who wanted so much for their children, the children who wanted none of it.
With wit and insight, Thorn's provocative new book blends memoir and psychogeography in reconsidering the suburban post-war dream so many artists have mocked, and so many artists have come from.

Tracey Thorn is a singer-songwriter and writer, best known for her seventeen years in bestselling duo Everything But The Girl. She grew up as the youngest of three children in British suburban bliss, where she learned the piano, enjoyed underaged drinking, and started her first band while still at school. Since then, she has released four solo albums, one movie soundtrack, a large handful of singles and two books, and currently writes a column for the New Statesman. She lives in London. @tracey_thorn - traceythorn.com
My Account • Sign In • Sign Out • Register
NEW & USED BOOKS
AUTHOR EVENTS • GIFTS
Changing Hands Tempe
6428 S McClintock Dr, Tempe, AZ 85283
480.730.0205
[Google Map]
Sun-Sat: 10am-7pm