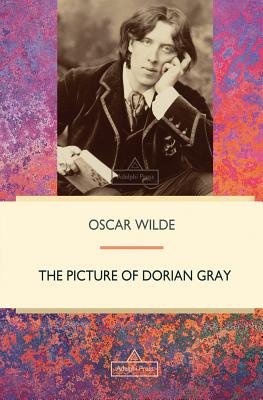 Somehow, passed over in lieu of second readings of Wuthering Heights, Jane Eyre, or any number of Jane Austen novels (which are awesome, for the record), many lovers of classics simply skip The Picture of Dorian Gray. I can say this because until recently I counted myself amongst this group of misguided, deprived individuals. Alas, no more am I the neophyte I was before I devoured Oscar Wilde's unmatched prose. Sadly I am now in perpetual distress about the fact that he wrote no other novels, and I will be forever deprived of reliving the incredible experience that was reading a Wilde novel for the first time. Ingeniously, The Picture of Dorian Gray dramatizes an exegesis of 19th century debates about art, hedonism, will, and autonomy with splendidly hilarious characters, wicked instances of madness, and a coup de grace that's as ironic as it is symbolic. Please, put down the lesser-known Conrad you're about to wade through, and take up what instantly became one of my favorite novels.

The Picture of Dorian Gray.

Dorian is a cultured, wealthy, and impossibly beautiful young man. He becomes a disciple of the new Hedonism and proposes to live a life dedicated to the pursuit of pleasure. Lord Henry gives Dorian a book that describes the wicked exploits of a nineteenth-century Frenchman; it becomes Dorian's bible as he sinks ever deeper into a life of sin and corruption. Dorian's reputation suffers in circles of polite London society, where rumours spread regarding his scandalous exploits. His peers nevertheless continue to accept him because he remains young and beautiful.

Oscar Wilde was one of London's most popular playwrights in the early 1890s. At university he proved himself to be an outstanding classicist, first at Dublin, then at Oxford. He became known for his involvement in the rising philosophy of aestheticism, led by two of his tutors, Walter Pater and John Ruskin. As a spokesman for aestheticism, he tried his hand at various literary activities: he published a book of poems, lectured in the United States of America and Canada on the new English Renaissance in Art, and then returned to London where he worked prolifically as a journalist. Known for his biting wit, flamboyant dress, and glittering conversation, Wilde had become one of the most well-known personalities of his day.