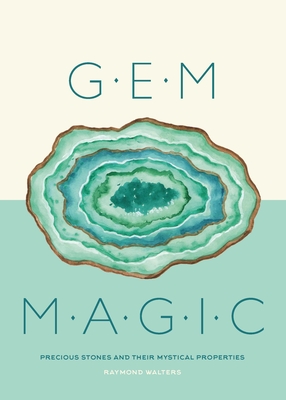 Gem Magic guides the reader through the uses of and stories surrounding a cornucopia of stones, including how each stone is formed and what beliefs (both occult and scientific) have been associated with it.

Precious stones, gems and crystals have been valued throughout history not only for their rarity and expense, but for their mystical properties too. Garnet is rumoured to stimulate the heart, while the pearl offers the protection of the goddess Diana - coral, so-called 'witch-stone', is said to guard against the evil eye, and amethyst is said to prevent drunkenness.

Introducing the inherent properties of dazzling selection of gems, gemologist Raymond Walters describes how each stone is formed and its key properties, what beliefs have been associated with them through history and around the world, and both their scientific and occult uses. Famous stones, both real and mythical, are lyrically described - from the infamous Koh-i-Noor diamond to unicorn horn and bezoar.