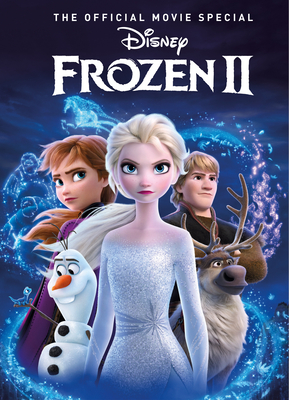 By Titan
Email or call for price
Hard to Find

An in-depth behind-the-scenes companion book to the sequel of the No. 1 box office animated smash hit movie of 2013. Take a trip into the exciting world of Frozen 2, the official sequel to the most successful animated film of all time.

Featuring revealing interviews with the behind-the-scenes team including the animators, writers and directors, plus stunning concept art, and detailed profiles on the main cast and their characters, the official movie special has everything for the biggest Frozen fans!

Titan has been publishing official sci-fi TV and movie magazines worldwide for over 20 years. Though many of their titles are Marvel, Star Wars and Star Trek, in more recent years they have expanded to work with Disney to create tie-in magazine specials for their family movies. Titan's most recent Disney Specials include The Lion King, Toy Story 4 and Dumbo! Their movie-specials include behind the scenes interviews with cast and crew, and exclusive photos and images from the making of your favourite films.
My Account • Sign In • Sign Out • Register
NEW & USED BOOKS
AUTHOR EVENTS • GIFTS
Tempe
6428 South McClintock Drive
480.730.0205
[Google Map]
10am-7pm daily
Trade Counter 11am-6pm daily