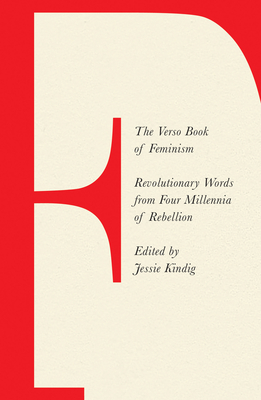 Throughout written history and across the world, women have protested the restrictions of gender and the limitations placed on women's bodies and women's lives. People–of any and no gender–have protested and theorized, penned manifestos and written poetry and songs, testified and lobbied, gone on strike and fomented revolution, quietly demanded that there is an "I" and loudly proclaimed that there is a "we." The Book of Feminism chronicles this history of defiance and tracks it around the world as it develops into a multivocal and unabashed force.

Global in scope, The Book of Feminism shows the breadth of feminist protest and of feminist thinking, moving through the female poets of China's Tang Dynasty and accounts of indigenous women in the Caribbean resisting Columbus's expedition, British suffragists militating for the vote and the revolutionary petroleuses of the 1848 Paris Commune, the first century Trung sisters who fought for the independence of Nam Viet to women in 1980s Botswana fighting for equal protection under the law, from the erotica of the 6th century and the 19th century to radical queer politics in the 20th and 21st.

The Book of Feminism is a weapon, a force, a lyrical cry, and an ongoing threat to misogyny everywhere.

Jessie Kindig is an editor at Verso Books, and her writing has appeared in n+1, Artforum, Jacobin, and the Boston Review.

“A perfect bedside book for feminists. A commonplace book that is anything but commonplace.”
—Alix Kates Shulman