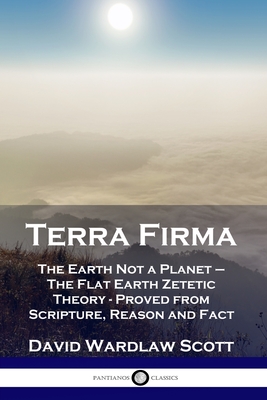 David Wardlaw Scott examines and criticizes a variety of sources who claim the earth to be round - as a proponent of flat earth theory, Scott argues against this view.

A strong supporter of flat earth theory, Scott focuses upon the claims made by a group he terms 'Modern Astronomers'. Their assertions about the Earth's shape, orbit and other characteristics are, in the author's view, incorrect. Drawing on a combination of testimonies from sailors and other voyagers to faraway lands, passages from scripture, and the assertions of fellow flat earth theorists, Scott lists dozens of reasons why the Modern Astronomers are misguided and wrong.

To name but a few examples - the characteristics of railways, the positions and apparent motions of the astronomic bodies like the Moon and Sun, and the age of the Earth each receive chapters. Scott posits that the characteristics of these supports the flat earth hypothesis, while Biblical stories such as the Great Flood depicted in the Book of Genesis also contain insights that further qualify the flat earth theory. Citing published works such as Zetetic Astronomy, Scott's lengthy narrative is wide-ranging.

In all, this book is a representative summation of the beliefs and arguments used by the flat earth movement.