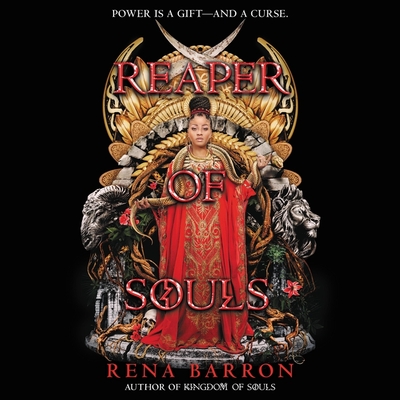 A prince repelled by magic. A king bent on revenge. A witchdoctor who does not walk alone.

After so many years yearning for the gift of magic, Arrah has the one thing she's always wanted--but it came at too steep a price. Now the last surviving witchdoctor, she's been left to pick up the shattered pieces of a family that betrayed her, a kingdom plunged into chaos, and a love that can never be.

While Arrah returns to the tribal lands to search for survivors of the demons' attack, her beloved Rudjek hunts down the remnants of the demon army--and uncovers a plot that would destroy what's left of their world.

The Demon King wants Arrah, and if she and Rudjek can't unravel his schemes, he will destroy everything, and everyone, standing in his way.

Set in a richly imagined world inspired by whispered tales of voodoo and folk magic, the Kingdom of Souls trilogy has been optioned for film by Michael B. Jordan and his Warner Bros. production company, Outlier Society.

"I couldn't get enough of Kingdom of Souls. Wonderfully written, and full of dark magic and danger, it was a story I couldn't wait to escape into. Highly recommended "--Kendare Blake, #1 New York Times bestselling author of the Three Dark Crowns series