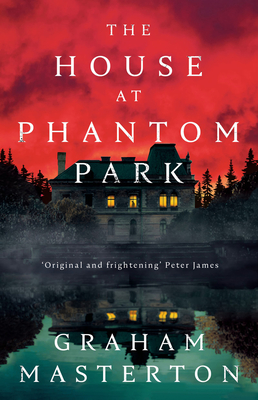 Disturbing. Original. Terrifying. The 'master of horror' is back with the chilling tale of what lurks in the walls of an abandoned hospital. The perfect Halloween read.In this abandoned hospital, pain lives on... and it wants revenge. St Philomena's military hospital has been abandoned for over three years. Now Lilian Chesterfield, who works for one of the most successful building companies in England, is in charge of developing it into a luxury housing complex. But as soon as she and her colleagues start work in the Jacobean-style mansion, their dream turns into a nightmare. They hear screaming from wards full of empty beds. They hear doors slamming and find cutlery scattered over the kitchen floor. Then they see faces peering at them from the mullioned windows. Lilian is pragmatic – she doesn't believe in the supernatural. But just when she's put her mind at rest by scouring the mansion from top to bottom and finding nothing, a former patient of St Philomena's arrives with a warning. The hospital is haunted. And it is haunted by something a thousand times more terrifying than ghosts... Perfect to read at Halloween and for fans of The Haunting of Hill House, The Shining and The Woman in Black.Praise for Graham Masterton: 'One of Britain's finest horror writers.' Daily Mail
'A true master of horror' James Herbert
'One of the most original and frightening storytellers of our time' Peter James

Graham Masterton became a newspaper reporter at the age of 17 and was appointed editor of Penthouse magazine at only 24. His career as an author spans many genres, including horror, thriller, and sex advice books. His first horror novel, The Manitou, became a bestseller and was made into a film starring Tony Curtis.

In 2019, Graham was given a Lifetime Achievement Award by the Horror Writers Association. The Prix Graham Masterton for the best horror fiction in French has been awarded annually for the past ten years, and four years ago he established an annual award for short stories written by inmates in Polish prisons.

He is also the author of the Katie Maguire series of crime thrillers, which have sold more than 1.5 million copies worldwide. He is currently working on new horror and crime novels.

"God it's good." —Stephen King, on House of a Hundred Whispers

"The horror legend takes the skeleton of what you might expect to find in a haunted house novel but adds several extra dimensions and quirks. Great stuff." —Horror DNA, on The House of a Hundred Whispers

"A master storyteller." —Guardian, on The House of a Hundred Whisper

"A true master of horror.' —James Herbert, on Broken Angels

"One of Britain's finest horror writers." —Daily Mail, on Taken for Dead