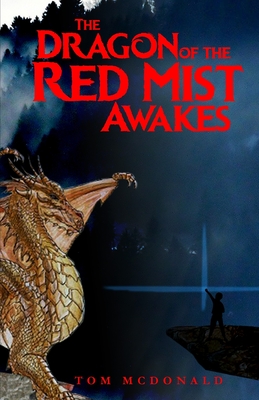 The mother of all Dragons, the Great Golden Dragon, Awake. Free after thousands of years of sleep imprisonment by the gods of Earth, Wind, Fire and Water. The gods who imprisoned her are now no more, gone from this world to others. Free to take her revenge on this feeble world she sets off to devour it, starting with the Southern Kingdom. The red mist falls, the Emperor, his palace, city and people are doomed as the dragon takes revenge. Far in the northern Kingdom of Astel, a prince awaits news from his spies in the south. Three cities have fallen in the south to this red mist, what is it, where does it come from? But more importantly, when will it strike north? Taw, a young man/boy with his friends, Dina, Joshua and the twins, in the local town of Rollstream are in trouble again, caught in the royal orchard. The punishment they receive from the Princess Juliet is not what they expect, but this is the first step in a sequence of events that will change their lives forever. Together with the wizards Eric Vantor and Zing Fan they become more than they ever expected.