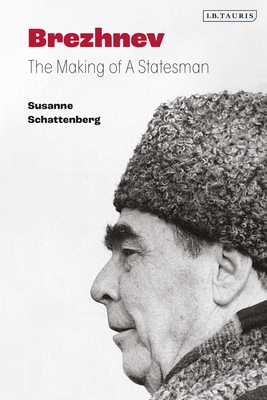 Leonid Brezhnev was leader of the Soviet Union for eighteen years, a term of leadership second only in length to that of Stalin. He presided over the Brezhnev Doctrine, which accelerated the Cold War, and led the Soviet Union through catastrophic foreign policy decisions such as the invasion of Afghanistan. To many in the West, he is responsible for the stagnation (and to some even collapse) of the Soviet Union. But much of this history has been based on the only two English-language biographies (both published before Brezhnev's death and without access to archival sources) and Brezhnev's own astonishingly untrue memoirs - written for propaganda purposes.

Newly translated from German, Schattenberg's magisterial book systematically dismantles the stereotypical and one-dimensional view of Brezhnev as the stagnating Stalinist by drawing on a wealth of archival research and documents not previously studied in English. The Brezhnev that emerges is a complex one, from his early apolitical years, when he dreamed of becoming an actor, through his swift and surprising rise through the Party ranks. From his hitherto misunderstood role in Khrushchev's ousting and appointment as his successor, to his somewhat pro-Western foreign policy aims, deft consolidation and management of power, and ultimate descent into addiction and untimely death. For Schattenberg, this is the story of a flawed and ineffectual idealist - for the West, this biography makes a convincing case that Brezhnev should be reappraised as one of the most interesting and important political figures of the twentieth century.

Susanne Schattenberg is Professor of Contemporary History and Culture of Eastern Europe and the Director of the Research Centre for East European Studies at the University of Bremen. She has published numerous books and articles in English, Russian and German including, most recently, the first academic biography of Brezhnev (published so far in German and Russian).