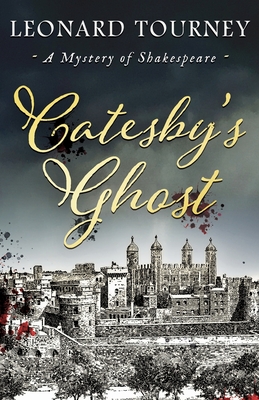 London 1604 - In the reign of King James I, religious tensions threaten to rise out of control.

Dedicated to his writing and performing, successful playwright, Will Shakespeare, finds his life disturbed by the return of an old friend, Gabriel Catesby. As unsavoury events unfold, Will accepts him into his company of players, The King's Men, relying on his friend for protection against those who wish him harm.

When the King's Men perform at a lord's manor house, through Catesby's connections, Will is introduced to those who seek to use his influence, for a playwright's words are powerful. And secret meetings draw further questions about Catesby's own intentions and loyalties.

As dangerous plots ensue, Will becomes entangled with dangerous new alliances: alliances that teeter on the brink of treason.

Catesby's Ghost is a much anticipated return to the Mysteries of Shakespeare series, placing the playwright in the mix of the most infamous instance of domestic terrorism in English history.

Leonard Tourney is a specialist in composition pedagogy and creative writing, he has authored scholarly articles in 17th century British literature, a critical biography of Joseph Hall, short fiction, and nine historical novels, the most recent a fictional memoir of William Shakespeare. He has taught at Western Illinois University, the University of Tulsa, and the University of California at Santa Barbara.