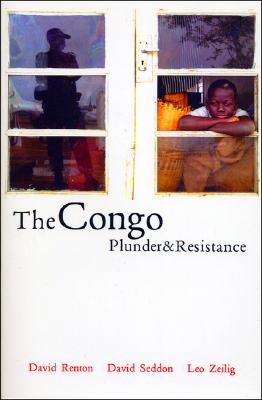 Since well before Henry Morgan Stanley's fabled encounter with David Livingstone on the shore on Lake Tanganyika in the late 19th century and his subsequent collaboration with King Leopold of Belgium in looting the country of its mineral wealth, the Congo's history has been one of collaboration by a minority with, and struggle by the majority against, Western intervention.

Before the colonial period, there were military struggles against annexation. During Belgian rule, charismatic religious figures emerged, promising an end to white domination; copper miners struck for higher wages; and rural workers struggled for survival. During the second half of the 20th century, the Congo's efforts at disentanglement from Belgian rule, the murder of the nationalist leader Patrice Lumumba and the long dictatorship of General Mobutu culminated in one of the bloodiest wars the world has ever seen.

At the start of a new millennium, this book argues that the West has plundered Africa to its own advantage and that unrestrained global capitalism threatens to remake the entire world, bringing violence and destruction in the name of profit. In this radical history, the authors show not only how the Congo represents and symbolises the continent's long history of subordination, but also how the determined struggle of its people has continued, against the odds, to provide the Congo and the rest of Africa with real hope for the future.