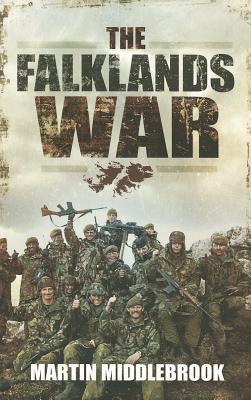 By Martin Middlebrook
$29.95
Email or call for price.

With the sudden Argentine invasion of the remote Falkland Islands on 2 April 1982 the United Kingdom found itself at war. Due to the resolve of a determined Prime Minister and the resourcefulness of the Armed Forces, a Task Force, code named Operation CORPORATE, was quickly dispatched.

Remarkably just over two months later, the Islands were liberated and the invaders defeated. By any standards this was a remarkable feat of all arms cooperation made possible by political resolve, sound planning, strong leadership and the courage and determination of the combatants.

Martin Middlebrook, one of the most skillful historians of the 20th Century, has weaved the many strands of this extraordinary military achievement into a fascinating, thorough and highly readable account of the Campaign.

For a full understanding of what it took to win this war there will be no better account to read than this.