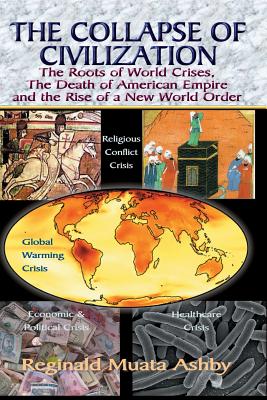 By Reginald Muata Ashby
$26.95
Not Available In-Store - Usually Ships from Warehouse in 1-5 Days

This work is a collection of essays relating to social and economic, leadership, and ethics, ecological and religious issues that are facing the world today in order to understand the course of history that has led humanity to its present condition and then arrive at positive solutions that will lead to better outcomes for all humanity. It surveys the development and decline of major empires throughout history and focuses on the creation of American Empire along with the social, political and economic policies that led to the prominence of the United States of America as a Superpower including the rise of the political control of the neo-con political philosophy including militarism and the military industrial complex in American politics and the rise of the religious right into and American Theocracy movement. This volume details, through historical and current events, the psychology behind the dominance of western culture in world politics through the "Superpower Syndrome Mandatory Conflict Complex" that drives the Superpower culture to establish itself above all others and then act hubristically to dominate world culture through legitimate influences as well as coercion, media censorship and misinformation leading to international hegemony and world conflict. This volume also details the financial policies that gave rise to American prominence in the global economy, especially after World War II, and promoted American preeminence over the world economy through Globalization as well as the environmental policies, including the oil economy, that are promoting degradation of the world ecology and contribute to the decline of America as an Empire culture. This volume finally explores the factors pointing to the decline of the American Empire economy and imperial power and what to expect in the aftermath of American prominence and how to survive the decline while at the same time promoting policies and social-economic-religious-political changes that are needed in order to promote the emergence of a beneficial and sustainable culture.
My Account • Sign In • Sign Out • Register
NEW & USED BOOKS
AUTHOR EVENTS • GIFTS
Tempe
6428 South McClintock Drive
480.730.0205
[Google Map]
10am-7pm daily
Trade Counter 11am-6pm daily